Welcome to this spooky Halloween episode of Val Talk’s Pets.  It’s almost Halloween and what goes with Halloween but ghouls, witches and cats!! How on earth did cats particularly black cats get associated with Halloween?  Well let’s crawl onto a broomstick and swoosh into the folklore surrounding cats.

Let’s start with Celtic folklore.  In Celtic lore there are magical cats.  The magical cats are called the cait sidhe (pronounced caught shee).  The cait sidhe translates to “fairy cat”.  The cait sidhe are special cats that are witches, fairies or spirit-type creatures that take on cat form.  They are described as being quite large and fearsome, and of course black but with a white spot upon their chest.  Hmm, I’ve certainly seen quite a few cats with this description.  They also are depicted with their backs arched and the hackles up.  This definitely sounds like our typical Halloween cat.  But, to a go a bit further, according to Koala Anne writing for Otherworldly Oracle,  “Those of royal bloodlines are most often completely, or almost all white. The cait sidhe can inhabit the bodies of magical cats, and therefore create a witch’s familiar, or if they need a body simply to pass on a message.”

They are seen as oracles that can foretell the future or predict the weather.  In English folklore it was thought that cats could predict windy weather by clawing curtains, or in Wales if a cat’s eyes dilated it was believed rain was on the way or even if it washed behind it’s ears.

The cait sidhe is reported to roam the Scottish Highlands.  Now, it is possible that this legend may originate from the Scottish Wildcat known as the Kellas cat.  I’ve seen these cats on television on an Escape to the Country episode where there was a sanctuary that had a few Kellas cats.  They are very big and do look like a house cat and there is a genetic variance that can produce an all black Kellas cat.  The Kellas cat is very endangered with only 100 at one point reported in the wild.  It’s very possible that our cait sidhe could easily originated from this wild cat.

Cats have often been seen in folklore as “familiars” or “familiar spirits”   These were supernatural entities that served a human or more thought of as assisting witches in their practice of magic.  More specifically a familiar would protect a young witch as they came into their new powers.  And of course, the familiar could sometimes be humanoid and clearly three dimensional.  So, we can really see how the folklore led us to present day Halloween with the black cats and witches that are associated.

So are cats lucky?  Or does the superstition of black cats have some truth to it?  In countries like Russia, Japan and Great Britain the black cat is seen as lucky but only if they cross your path in a certain direction.  In Scottish lore, if a black cat appears on your front porch it will bring prosperity. In China the image of a cat meant long life and good fortune.  In Japan, black cats are considered very lucky.  And there is connection to bringing suitors and in the midlands of England it was noted that giving a bride a black cat on her wedding day would promise a lucky marriage.  And it really depends on the colour of the cat in many countries as to whether they are lucky or not.  In India for example, grey cats are lucky. In Yorkshire England, it was thought by the fishermen wives that the menfolk would return safely if a black cat is kept in the house.  In terms of unlucky cats, well we have seen the evolution of black cats over the centuries become bad luck and most of this originated in the 12th and 13th centuries due to the witch hunts where it was believed that witches could transform themselves into cats.  As well, in England it was thought that cats could cause storms at sea.  The folklore legend on this one, originated from a story that a woman who was thrown overboard from a ship because she was accused of being a witch, in revenge she called up a storm and wrecked the ship.  This woman now haunts the sea as a cat and fishermen still throw her fish when out fishing to avoid her bad temper. Here is a real interesting one, in Southern Europe it was believed that if a cat jumped across a person’s grave, the person would come to life as a vampire.  In Iceland, they have this frightening legend about a Christmas or Yule cat, that prowls the countryside eats anyone who did not get new clothes for the cold and wintery weather because this meant they had been lazy.

As legend turned to fairy tales cats have held a prominent position and less sinister.  As summarized by Terri Windling in Myth & Moor, one such popular French fairly tale by Madame d’Aulnoy tells of the three sons of a king who are sent upon a series of quests.  The youngest son meets a lovely white cat, the queen of an enchanted castle filled with cat-servants and courtiers.  She helps the prince with his tasks and over time he falls in love with her.  In the end, she asks him to cut off her head; sadly, the young prince obeys her command.  This breaks the spell and the cat assumes her true shape as a human princess.  There are many fairy tales around the world that feature cats and of course one of the best known is Puss-in-boots.  French fairy tale writer Charles Perrault in the 17th century, wrote his version of Puss-in-boots creating the version we recognize today.  Puss is wily and a rogue and famous for his boots and has appeared in many different versions around the world.   And let’s also not forget the Cheshire cat from Alice in Wonderland and of course Beatrix Potter’s Simpkin in The Tales of Cloucester and The Owl and the Pussy Cat by Edward Lear.  In a wonderful account given on Myth & Moor, in 1817 American author Washington Irving met with Scottish author and folklorist Sir Walter Scott.  Scott was reading some of his work by the fire in a comfortable chair to Irving and while doing so, Scott’s cat had taken his seat by the fire and remained with a fixed eye and grave demeanor as if listening to the reader.  Irving said that he remarked to Scott that, “his cat seemed to have a black letter taste in literature.  “Ah” said he, “these cats are very mysterious kind of folk.  There is always more passing in their minds than we’re aware of.  It comes no doubt from their being so familiar with witches and warlocks.”

And of course, we cannot have a discussion about cats and their place in history and lore without talking about cats and Ancient Egypt.  The Egyptians were well known for their respect for animals but none was held in higher esteem than the cat.  According to ancientegyptionline.co.uk, “cats were connected to a number of gods and goddesses, and there is evidence that they were considered demi-gods in their own right.  As an inscription in the Valley of the Kings states; “You are the Great Cat, the avenger of gods and the judge of words, and the president of the sovereign chiefs and the governor of the holy Circle; you are indeed the Great Cat”.  Ancient Egyptians, learned that cats were incredibly helpful keeping vermin away and so coaxed and invited cats to live indoors and this presented a nice warm and safe place to have their kittens.  “The Egyptians even hunted with their cats and loved and respected their cats for being playful and affectionate companions but also highly intelligent and skillful predators.”

The Egyptians certainly understood cats so much more than what eventually happened to the understanding of cats.  According to history.com, “written records link black cats to the occult as far back as the 13th century when an official church document called Vox in Rama was issued by the Pope Gregory IX (9th) on June 13th, 1233.  In it, black cats were declared an incarnation of satan.”  The decree marked the beginning of the inquisition and church-sanctioned heretic and/or witch hunts.  At this point, the connection between cats and witches was made, more than likely associated because often the women who were accused of being a witch were older, living alone and more than likely had a cat companion. Black cats were centred out and again, black cats are seen to make better mousers since they cannot be seen well at night and that in and of itself was a contributing factor.

The worst part about being a black cat is that they often fall into Black Cat Syndrome.  This means that routinely black cats and dogs are the last ones to get adopted at shelters or do not get adopted and it doesn’t matter what time of year it is.  Unfortunately black cats do not photograph well for adoption sites and advertisements.  Their facial expressions are harder to discern and this doesn’t help a human to be able to see that cute expression and be attracted to them.  We also know that people can still be superstitious and that movies and media have not been kind in their depiction.

So, cats and black cats have had quite a historic journey.  They were revered and reviled.  Unfortunately the superstitions of black cats still persists hence the black cat syndrome.  At Halloween, depictions of black cats are hauled out at every turn.  As we have seen this is due to the connection of cats with witches as their little assistants or familiars.  But, I think it would be amazing if we got back to putting cats back on the pedestal.  They have such interesting and quirky behaviour.  You can access my episode on Cats and their mysterious behaviour to explore more of the interesting side of cats. And let me be very clear here, it is an absolute must that you keep your cat or cats inside on Halloween for their safety. In the meantime instead of seeing cats or black cats in particular as a superstitious bad luck symbol as in North America, let’s embrace them as lucky symbols like many other countries.  Just imagine, what if your cat was a familiar brought to protect you and serve you.  What an amazing relationship that would be.

Hi everyone, and welcome to Val Talk’s Pets, the forum for pet parents and enthusiasts alike. So, I have been working in the pet industry now for almost 10 years and, on a daily basis, I handle a lot of issues and questions arising from pet parents. I am not a veterinarian but I do have certifications in Canine, Feline, Small Animal, Fish and Herptile and Avian Health and Nutrition from the University of California, Davis Extension, the Vet College. 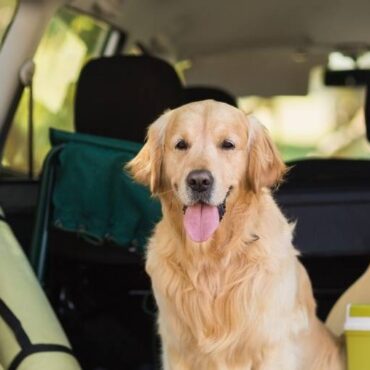 Travelling With Your Pets

Hi everyone, and welcome to this episode of Val Talk’s Pets.   As we all know, things are a bit different right now, and our time off and vacation plans are […]

Travelling With Your Pets 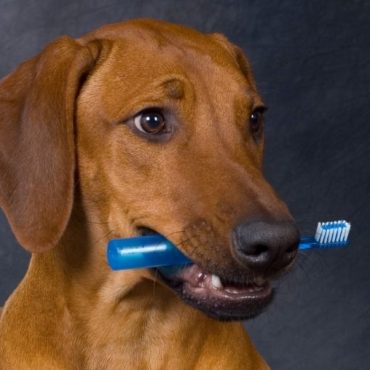